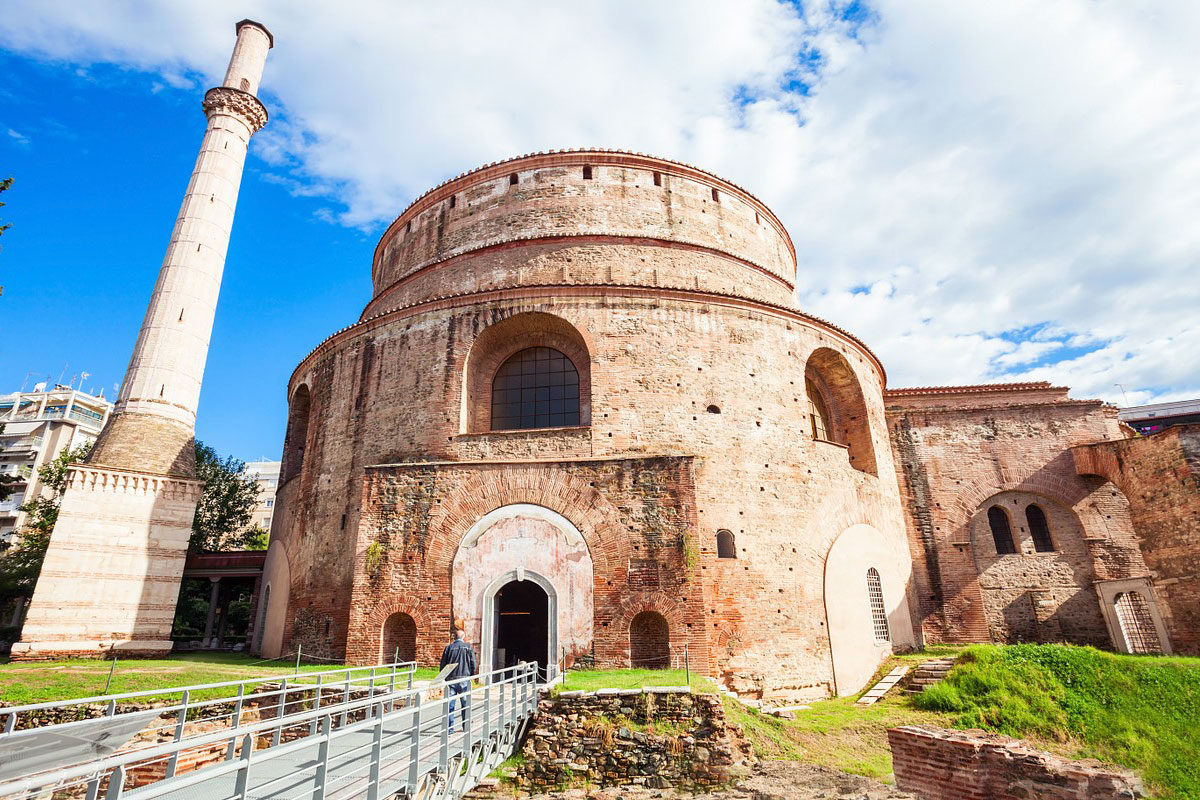 Originally Rotunda was built as a centrally planned building on the axis of the monumental street connecting the triumphal arch of Galerius with the palace complex. There are varying opinions on its use, such as being a temple of Zeus or the Cabeiri, a building of a possibly devotional and secular-administrative character that served the needs of the palace complex, or a monument dedicated to the glory of Constantine the Great. The monument, with a diameter of 24.50m is covered by a bricked dome, reaching a height of 29.80m. The 6.30m-thick cylindrical wall internally inscribes eight rectangular niches, the south niches serving as the main entrance.

The building was converted into a Christian church, possibly dedicated to the Aghioi Asomatoi or the Archangels, during the Early Christian era. A gallery was added along its perimeter and in order to communicate with the original core, seven of the eight niches along the walls were demolished, the eastern niches being expanded with the addition of a sanctuary, a new entrance with a narthex being created at the western niches and a propylon and two chapels being added at the south entrance. However, the most magnificent remains from the Early Christian stage of the monument are its excellent mosaics that decorate the arches of the niches and the intrados of the windows, while the glorious decor reaches its climax with the mosaics of the dome in three zones. Earthquakes in the early 7th century caused the destruction of the sanctuary’s arch, the section above the dome and, possibly, the gallery. After being restored, the arch was externally strengthened with two buttresses and was decorated in the 9th century with a mural of the Ascension.