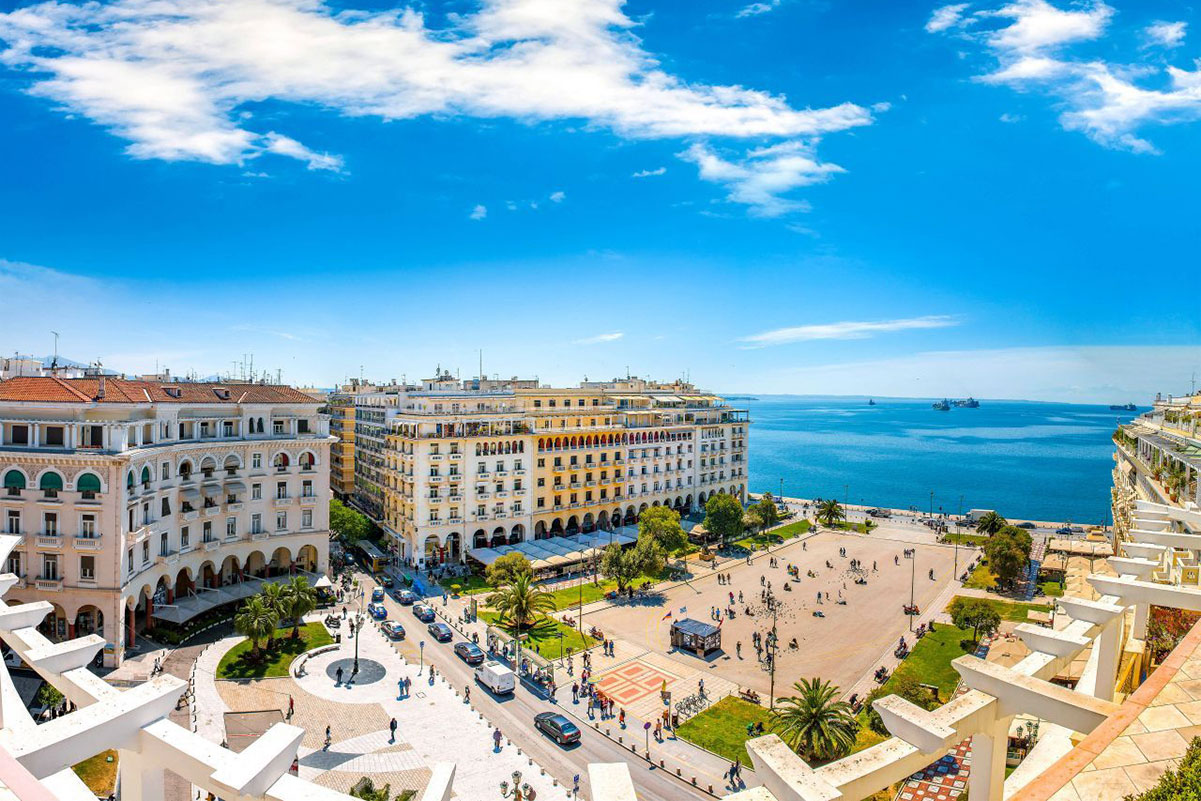 The creation of Aristotelous Square was planned after the great fire of 1917 that destroyed the centre of Thessaloniki. A historic and vital part of the city, it served as the central axis of the redesign of the city by Ernest Hébrard. The architecture of building facades is inspired by European or colonial models, as well as Neo-Byzantine tendencies in the individual decor of buildings. It is a rare example of implementation of scheduled architecture. The buildings were constructed from 1930 to 1960. Thanks to its orientation, the square enjoys an enchanting view of Mt Olympus. The square is home to numerous points of reference of the city, including Electra Palace Hotel and Olympion Cinema, headquarters of the International Film Festival.